As a sophomore in the University of Iowa’s College of Nursing, I had the opportunity to take a three week course with 11 other students in Trivandrum, Kerala in southern India. The course, Pain, Palliative Medicine, and Hospice, was instructed by Dr. Joann Eland, Dr. M.R. Rajagopal, and various healthcare professionals working for Pallium India. Pallium India is a palliative care program that helps support the less fortunate throughout their illness. We spent three weeks exploring Kerala, learning from spectacular individuals, and making rounds with Pallium’s healthcare teams. I’ve never learned so much in such a short timeframe. The program we worked with brought us to patients who opened my eyes in such a way I didn’t know was possible.

A patient and her spouse await Pallium India healthcare workers.

One patient specifically made a difference in my life. We drove an hour and a half and hiked ten minutes to her home. The woman was suffering from breast cancer that has metastasized to her lungs and brain. In addition to the struggle of her health, she has been abandoned by her family and left with what little she had of a home with a concrete slab for a bed. This was a common occurrence with some of the families we visited. If a family member became chronically ill, occasionally a husband would leave his wife and children to support himself.

The one thing that really touched me was that even though we did not speak the language, we could watch the nonverbal interactions that the healthcare team had with this patient. They found a way to effectively use touch and silence without any interference. Doctors and nurses were in no rush whatsoever. They had no other patients to rush o to see, and their cell phones and pagers were turned off to give her their undivided attention. In the U.S., patience is some times hard to find.

It surprised me that even though this woman was suffering from a severe illness, she still welcomed us into her home. She allowed us to photograph her, offered us a place to sit, and even reached out so we could hold her hand in comfort. I’ll never understand the impact we had in her life just by visiting and giving her the touch that was missing in her life. I only hope that when visitors come to see me, I can make them feel as welcome.

On one long trek to a patient’s home, we stopped on the side of a road to meet a woman who traveled six miles on foot to meet us for medicine for her paralyzed husband. Their home was not accessible for us because there were other patients in need. Pallium supplied his wife with medication, assessed his status the best they could, and set up a date and me that they would meet again. Since there is such a high demand for care, Pallium India has to make do with the me, supplies, and professionals that they have.

Collusion was another cultural difference that was jaw dropping for most of us. In India, patient diagnoses are divulged to the family instead of the individual. Most of the time, patients won’t know what illness they have until they go to an “oncology clinic” or until their families tell them. I think it is important that nurses be aware of these practices in order to provide culturally sensitive care despite personal beliefs.

Throughout India, one million people are diagnosed with cancer each year and less than three percent of India’s cancer patients have access to adequate pain relief. Many states have no medical facilities that dispense morphine (McDermott , 2007). Adequate care is not provided because physicians do not perceive pain as an issue. Medical students have not seen morphine when they graduate and medical professionals do not have adequate knowledge about pain relief.

The number of people suffering alone and ignorant about their disease is unimaginable. Pallium can only get to so many people. We only visited the state of Kerala. Compared to the rest of India, Kerala is economically well off and has the highest number of educated people. India is in need of help, but they are slowly progressing to change.

In India, 10 U.S. dollars can feed a family of four for an entire month through Pallium India’s program. Most of the families we visited were in a struggle for good health, food, and medical support. Standards in the US are viewed by some people from India to be quite extravagant and feel that a lot of things that we do could be cut back on in medicine.

University of Iowa nursing students use their “body language” to pay tribute to their school in South India in January during their Winterim 11 course about palliative care.

Because of this trip, I’ve have a new understanding for pain, palliative medicine, and hospice care. Pallium India attempts to help as many people as they can with the resources they have. Pallium doesn’t just dispense medications–they are patient advocates and try to help families through the most difficult times of their lives. Pallium India believes in care beyond cure.

Danielle Pittman is a BSN Nursing student at the University of Iowa and is the daughter of CWSCONS member and Program Committee Co-Chair Lisa Pittman.

Originally published in the newsletter of Chicago Western Suburbs Chapter (CWSCONS) of the Oncology Nursing Society. 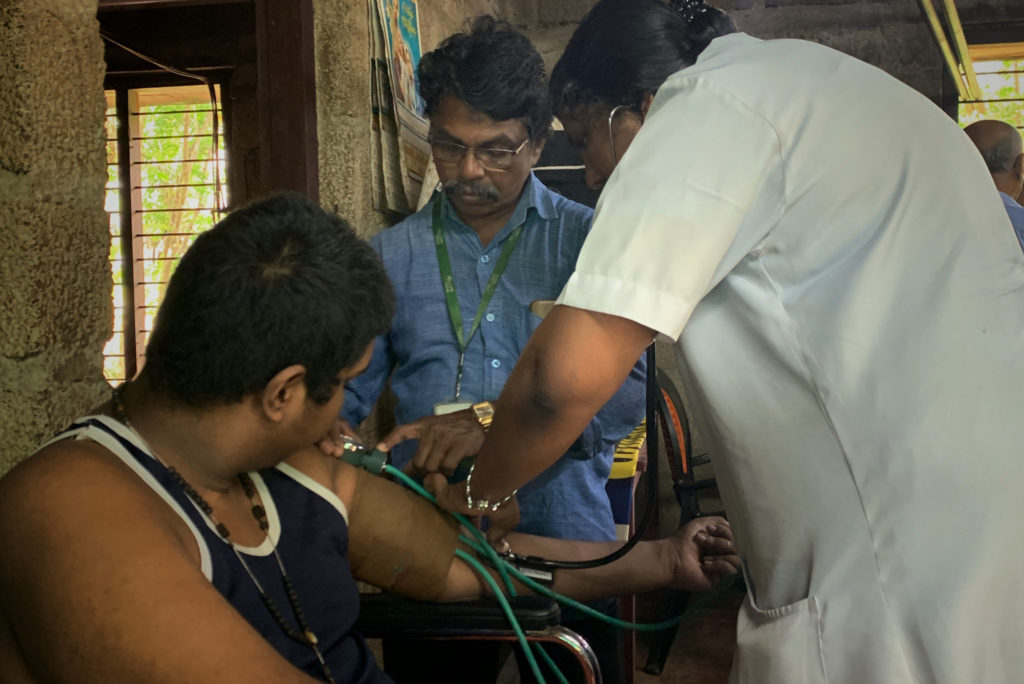 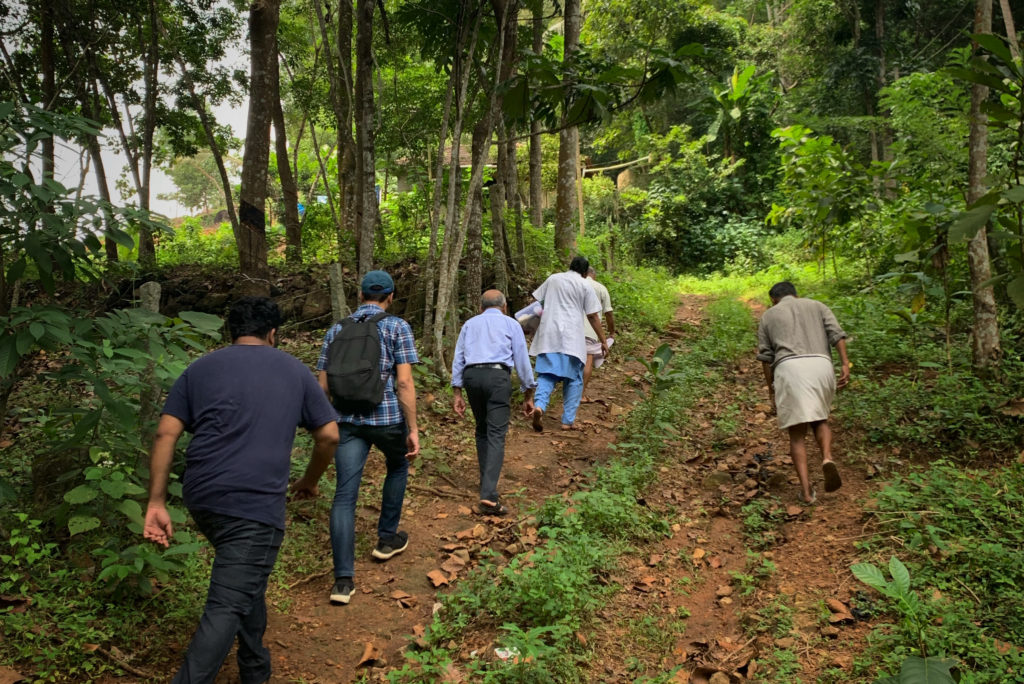 What inspired you?
By Dr.Theodore Nguyen 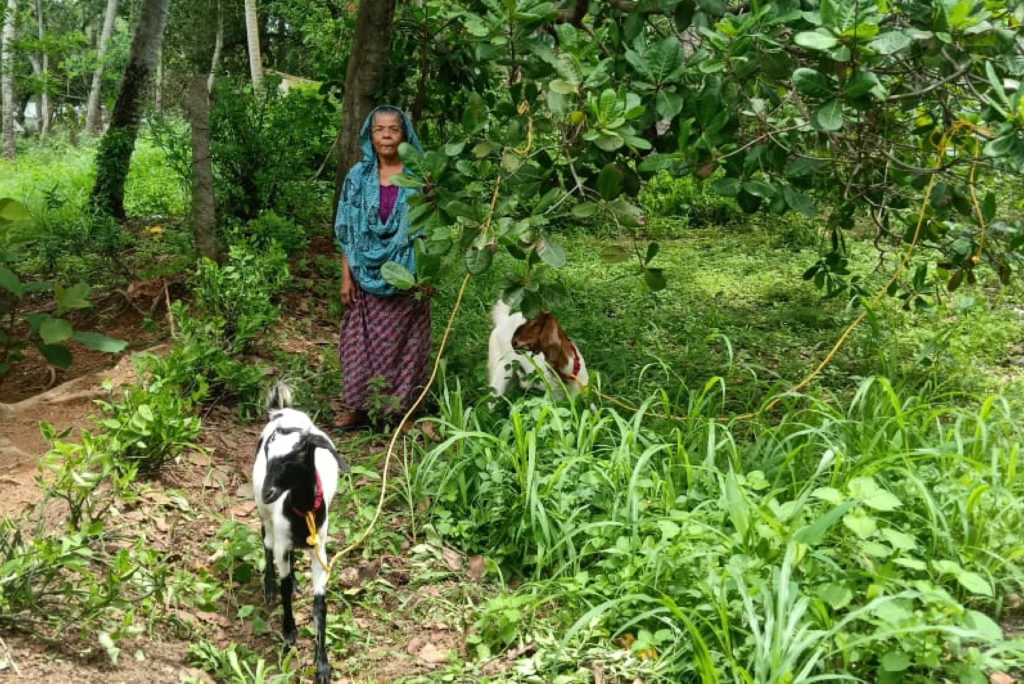